is a European terrestrial orchid native to mountains in central and southern Europe, growing at up to 2,400 m (7,900 ft) elevation. The plant is considered Endangered in Great Britain and Least Concern internationally based on IUCN Red List criteria. The burnt-tip orchid was voted the county flower of Wiltshire in 2002 following a poll by the wild flora conservation charity Plantlife.

Neotinea ustulata is distributed throughout central and south Europe, with its main populations in Spain and Greece in the south, reaching England and southern Sweden in the north, and reaching as far east as the Caucasus and Ural mountains. It grows as high as 2,400 m (7,900 ft) elevation in the Carpathian mountains and the Alps. It typically grows on chalky subsoil (occasionally acidic soils) in grassland; fens and open pine forest; mountain meadows, valleys, and ledges; wet grasslands. The plant’s largest population in northwest Europe is on Parsonage Down, in Wiltshire, England. 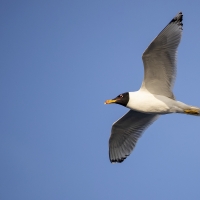