Common quail – Coturnix coturnix
is a small bird in the pheasant family Phasianidae. It is widespread and is found in parts of Europe; It is a small, round bird, essentially streaked brown with a white eyestripe, and, in the male, a white chin. As befits its migratory nature, it has long wings, unlike the typically short-winged gamebirds. It measures roughly 18.0–21.9 cm (7.1–8.62 in) and weighs 91–131 g (3.2–4.62 oz)

This is a terrestrial species, feeding on seeds and insects on the ground. It is notoriously difficult to see, keeping hidden in crops, and reluctant to fly, preferring to creep away instead. Even when flushed, it keeps low and soon drops back into cover. Often the only indication of its presence is the distinctive “wet-my-lips” repetitive song of the male. The call is uttered mostly in the mornings, evenings and sometimes at night. It is a strongly migratory bird, unlike most game birds.

It sounds like this
Recording by Piotr Szczypinski from Xeno canto 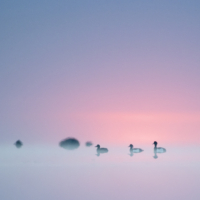 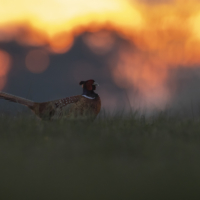