Common whitethroat – Sylvia communis
is a common and widespread typical warbler which breeds throughout Europe and across much of temperate western Asia. This small passerine bird is strongly migratory, and winters in tropical Africa, Arabia, and Pakistan.

This is one of several Sylvia species that has distinct male and female plumages. Both sexes are mainly brown above and buff below, with chestnut fringes to the secondary remiges. The adult male has a grey head and a white throat. The female lacks the grey head, and the throat is duller. The whitethroat’s song is fast and scratchy, with a scolding tone.

The hoarse, a little bit nasal call sounds like wed-wed or woid-woid. The warning cry is long-pulled, rough tschehr which resembles that of the Dartford warbler. 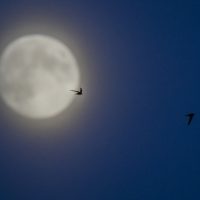