is the most massive member of the pelican family, and perhaps the world’s largest freshwater bird, although rivaled in weight and length by the largest swans. They are elegant soaring birds, with wingspans that rival that of the great albatrosses, and their flocks fly in graceful synchrony. It is a short to medium distance migrant between breeding and overwintering areas. No subspecies are known to exist over its wide range, but based on size differences, a Pleistocene paleosubspecies, P. c. palaeocrispus, has been described from fossils recovered at Binagady, Azerbaijan.

The species’ numbers underwent a dramatic decline during the 20th century, partly due to land use, disturbance and poaching activities. The core population survives in Russia, but in its Mongolian range it is critically endangered. Removal of power lines to prevent collisions or electrocution, and the construction of nesting platforms or rafts have reversed declines locally. 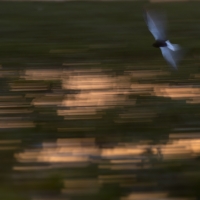