is a perennial, temperate-climate species of orchid generally found growing in wet meadows, and generally on base-rich soils, up to about 2100m asl. The species occurs widely in Europe and Asia from Portugal and Ireland east to Siberia and Xinjiang.

There are several subspecies and also hybrids, rendering the identification of this species more difficult, but typically, the flowering spike is robust with a hollow stem, 25–60 cm tall, and bearing up to 50 flowers. Plants grow to a height of from 15 to 70 cm. The 4–7 erect yellowish-green leaves are hooded at the tip. The inflorescence is 4–12 cm long, with up to 50 blooms. The labellum appears long and narrow, since its sides are strongly reflexed (folded back). The tip is shallowly three-lobed. The flower is often flesh-coloured (the meaning of incarnata) and the labellum normally has loop-shaped markings.

The flowering period is from May to mid-July, dependent on latitude and subspecies. 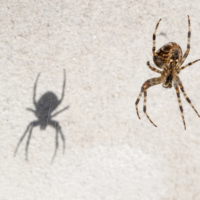