Little gull – Hydrocoloeus minutus
is a small gull that breeds in northern Europe and Asia. The genus name Hydrocoloeus is from Ancient Greek hudro, “water”, and koloios, a sort of web-footed bird. The specific minutus is Latin for “small”.

It also has small colonies in parts of southern Canada. It is migratory, wintering on coasts in western Europe, the Mediterranean and (in small numbers) the northeast United States; in recent years non-breeding birds have summered in western Europe in increasing numbers. As is the case with many gulls, it has traditionally been placed in the genus Larus. It is the only member of the genus Hydrocoloeus, although it has been suggested that Ross’s gull also should be included in this genus.

This species breeds colonially on freshwater marshes, making a lined nest on the ground amongst vegetation. Normally 2–6 eggs are laid.

Young birds have black markings on the head and upperparts, and “W” pattern across the wings. They take three years to reach maturity.

These gulls pick food off the water surface, and will also catch insects in the air like a black tern. 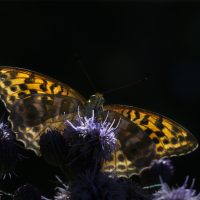