Viviparous lizard – Zootoca vivipara
It lives farther north than any other species of non-marine reptile, and most populations are viviparous (giving birth to live young), rather than laying eggs as most other lizards do. It is the only species in the monotypic genus Zootoca. Both “Zootoca” and “vivipara” mean “live birth,” in Greek and Latin respectively. It was called Lacerta vivipara until the genus Lacerta was split into nine genera in 2007 by Arnold, Arribas & Carranza.

Zootoca vivipara can be seen in a variety of different colors. Female Zootoca vivipara undergo color polymorphism more commonly than males. A female lizard’s display differs in ventral coloration, ranging from pale yellow to bright orange and a mixed coloration. There have been many hypothesis for the genetic cause of this polymorphic coloration. These hypothesis test for coloration due to thermoregulation, predator avoidance, and social cues, specifically sexual reproduction. Through an experiment conducted by Vercken et al., color polymorphism in viviparous lizard is caused by social cues, rather than the other hypotheses. More specifically, the ventral coloration that is seen in female lizards is associated with patterns of sexual reproduction and sex allocation. 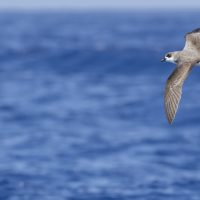