Common scoter – Melanitta nigra
is a large sea duck, 43–54 cm (17–21 in) in length, which breeds over the far north of Europe and Asia east to the Olenyok River. The genus name is derived from Ancient Greek melas, “black”, and netta, “duck”. The species name is from Latin niger “shining black”. The black scoter (M. americana) of North America and eastern Siberia is sometimes considered a subspecies of M. nigra.

It is characterised by its bulky shape and large bill. The male is all black with a bulbous bill which shows some yellow coloration around the nostrils. The female is a brown bird with pale cheeks, very similar to female black scoter.

This species can be distinguished from other scoters, apart from black scoter, by the lack of white anywhere on the drake and the more extensive pale areas on the female.

It winters farther south in temperate zones, on the coasts of Europe as far south as Morocco. It forms large flocks on suitable coastal waters. These are tightly packed, and the birds tend to take off and dive together.

Egg, Collection Museum Wiesbaden The lined nest is built on the ground close to the sea, lakes or rivers, in woodland or tundra. 6-8 eggs are laid. This species dives for crustaceans and molluscs; it also eats aquatic insects and small fish when on fresh water. 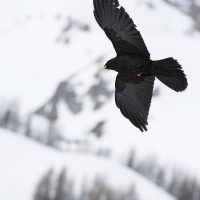