The Eurasian tree sparrow’s untidy nest is built in a natural cavity, a hole in a building or the large nest of a European magpie or white stork. The typical clutch is five or six eggs which hatch in under two weeks. This sparrow feeds mainly on seeds, but invertebrates are also consumed, particularly during the breeding season. As with other small birds, infection by parasites and diseases, and predation by birds of prey take their toll, and the typical life span is about two years.

The Eurasian tree sparrow is widespread in the towns and cities of eastern Asia, but in Europe it is a bird of lightly wooded open countryside, with the house sparrow breeding in the more urban areas. The Eurasian tree sparrow’s extensive range and large population ensure that it is not endangered globally, but there have been large declines in western European populations, in part due to changes in farming practices involving increased use of herbicides and loss of winter stubble fields. In eastern Asia and western Australia, this species is sometimes viewed as a pest, although it is also widely celebrated in oriental art. 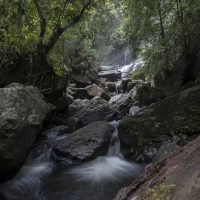