Hediste diversicolor, commonly known as a ragworm, is a polychaete worm in the family Nereidae. It lives in a burrow in the sand or mud of beaches and estuaries in intertidal zones in the north Atlantic. Its specific name “diversicolor” refers to the fact that its colour changes from brown to green as the breeding season approaches.

Hediste diversicolor can grow up to 10 cm (4 in) in length and may have from ninety to one hundred and twenty segments when mature. The head has a pair of palps, two pairs of antennae, four pairs of tentacles and four eyes. Each body segment has a pair of bristly appendages known as perapods which are used for walking and swimming. There is a prominent blood vessel running along the dorsal surface of the animal. This ragworm is pale brown but changes to green as the gonads mature and the breeding season approaches. 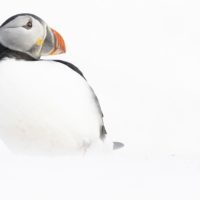 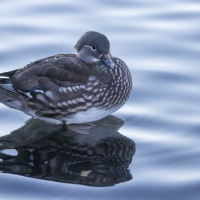