Reindeer – Rangifer tarandus
also known as caribou in North America, is a species of deer with circumpolar distribution, native to Arctic, Subarctic, tundra, boreal and mountainous regions of northern Europe, Siberia, and North America. This includes both sedentary and migratory populations. While overall widespread and numerous, some of its subspecies are rare and at least one has already gone extinct. Reindeer vary considerably in colour and size. In most populations, both sexes grow antlers annually, but females lack antlers in a few. Antlers are typically larger on males.

In most populations both sexes grow antlers; the reindeer is the only cervid species in which females grow them as well as males. In the Scandinavian populations, old males’ antlers fall off in December, young males’ fall off in the early spring, and females’ fall off in the summer. The antlers typically have two separate groups of points, lower and upper. There is considerable variation between subspecies in the size of the antlers (e.g. they are rather small and spindly in the northernmost subspecies),but on average the bull reindeer’s antlers are the second largest of any extant deer, after the moose. In the largest subspecies, the antlers of large males can range up to 100 cm (39 in) in width and 135 cm (53 in) in beam length. They have the largest antlers relative to body size among living deer species.

The colour of the fur varies considerably, both between individuals and depending on season and subspecies. Northern populations, which usually are relatively small, are whiter, while southern populations, which typically are relatively large, are darker. This can be seen well in North America, where the northernmost subspecies, the Peary caribou, is the whitest and smallest subspecies of the continent, while the southernmost subspecies, the woodland caribou, is the darkest and largest. The coat has two layers of fur: a dense woolly undercoat and longer-haired overcoat consisting of hollow, air-filled hairs. 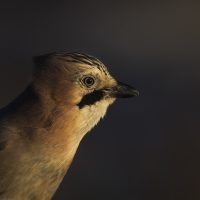