Small tortoiseshell – Aglais urticae
It is a medium-sized butterfly that is mainly reddish-orange in colour, with black and yellow markings on the forewings as well as a ring of blue spots around the edge of the wings. It has a wingspan ranging from 4.5-6.2 cm.

The small tortoiseshell is the national butterfly of Denmark.

The small tortoiseshell butterfly tends to enter hibernation by mid to late September. Typically this butterfly will try to hibernate in dark sheltered locations. Because of this hibernation, they need to accumulate a lot of fat to survive the winter. The tortoiseshell needs at least 20% of its body weight in lipids in order to survive, making them much slower. Towards the end of their foraging for hibernation, they are much more susceptible to attacks by birds because of their low muscle to body mass ratio. During the first few weeks of hibernation, tortoiseshell butterflies are very susceptible to predator attacks. Up to 50% of the population hibernating in any given area can be eaten. The butterflies that hibernate in areas containing more light, and that are accessible to rodents who can climb, are the most susceptible to this type of predation. During hibernation tortoiseshell butterflies are able to supercool in order to keep from freezing. In sheltered areas, these butterflies can stand up to -21 degrees Celsius without freezing. However, they experience rapid weight loss during unusually mild winters. 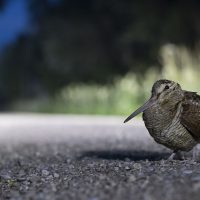