Smooth newt – Lissotriton vulgaris
also known as the common newt (Lissotriton vulgaris; formerly Triturus vulgaris) is a species of amphibian, the most common newt of the genus Lissotriton. It is found throughout Europe, except the far north, areas of Southern France and the Iberian Peninsula. Outside the breeding season, male and female smooth newts are hard to distinguish – both sexes are of similar size (roughly 10 cm head-to-tail length), and a similar pale brown to yellow colouration. Their main visible differences are two – the male newt has a single black line running down the centre of the spine, the female has two parallel lines on either side of the centre. On closer inspection, the male’s cloaca is very distended, whilst the female’s is nearly invisible.

During the breeding season, the male becomes darker than the female, and develops a tall, wavy, translucent crest along the spine and tail, with dark spots covering the rest of the body, including the belly, which becomes a far more vivid pink or orange colour than it is in winter and autumn. The female also develops spots, but not on the belly, which is paler than those of the males, and they are generally smaller. The female does not develop a crest. Smooth newts have paddle-like tails for increased swimming speeds. 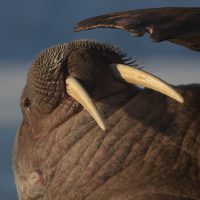 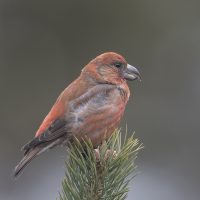