Golden oriole – Oriolus oriolus
is the only member of the oriole family of passerine birds breeding in Northern Hemisphere temperate regions. It is a summer migrant in Europe and western Asia and spends the winter season in central and southern Africa.

Golden orioles have an extremely large range with large populations that are apparently stable. Therefore, they are evaluated as least concern by BirdLife International.

The male is striking in the typical oriole black and yellow plumage, but the female is a drabber green bird. Orioles are shy, and even the male is remarkably difficult to see in the dappled yellow and green leaves of the canopy. In flight they look somewhat like a thrush, strong and direct with some shallow dips over longer distances. The New World orioles are similar in appearance to the Oriolidae, but are icterids and unrelated to the Old World birds.

The male of the Indian golden oriole (Oriolus ) has the black eye-stripe extending behind the eye, has a longer and paler red bill and has more yellow in the plumage.

Their call is a screech like a jay, but the song is a beautiful fluting weela-wee-ooo or or-iii-ole, unmistakable once heard. 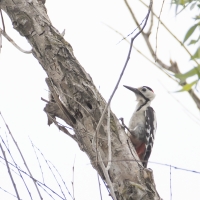 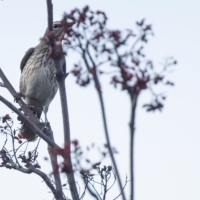