Sri Lankan elephant  – Elephas maximus maximus
is one of three recognized subspecies of the Asian elephant, and native to Sri Lanka. Since 1986, Elephas maximus has been listed as endangered by IUCN as the population has declined by at least 50% over the last three generations, estimated to be 60–75 years. The species is pre-eminently threatened by habitat loss, degradation and fragmentation. In general, Asian elephants are smaller than African elephants and have the highest body point on the head. The tip of their trunk has one finger-like process. Their back is convex or level. Females are usually smaller than males, and have short or no tusks.

Only 7% of males bear tusks. According to the elephant census conducted in 2011 by the Wildlife Conservation Department of Sri Lanka, only 2% of the total population are tuskers.

Between 1999 to the end of 2006 every year nearly 100 wild elephants were killed. Elephants are killed to protect crops and houses. Other threats are poaching, deforestation, drought and starvation. During drought seasons many elephants damage agricultural land for food. Nearly 80 elephants were killed in north western Sri Lanka, 50 in south and east, and another 30 in other parts of the country, totaling 160 elephant deaths in 2006 alone. 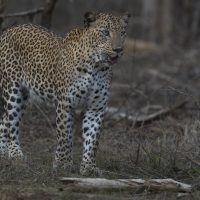 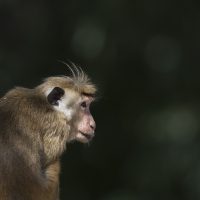